This was another personal request from an avid player. Once a member of PWFC, and for a short time the ACES, AX asked me for a shotgun only version. It was not easy, and I ended up with creating a functional break in the code. This allowed for the explosive shotgun, but all the other weapons were non-functional, even if you had them. This doesn't work on q3dm0 for some reason, I never found a way around that. This server also incudes AX's customized bots. His server was running in Germany, and was very popular there for years. Maybe up to about a year or so ago. Probably one of the longest running Powerweapons servers of all time, and definitely the last. He asked me not to release this to anyone else, but since it's been over a year with no sign, I figured it was ok now. One last note, you may wonder why the ammo doesn't count down... you won't live long enough for it to matter anyway... ;) 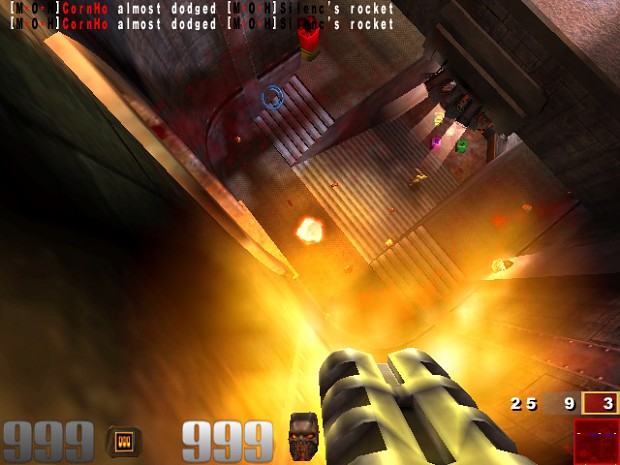