2.1.0 --- 2016/08/05 • Added the "DisplayText" variable so now you can print some arbitrary text to the screen to stay organized. • Added an example of running multiple instances of the mod and game to the documentation. • Updated the documentation with additional tips. • Placed the time duration measurements and display text at the start of the output file instead of the end. • The printed output file names are now numbered to make it easier to tell at a glance what they contain. • The script was ignoring the research list when determining whether two ships were the "same" or not. • The script now properly detects whether you have specified values for Player1End and Player2End that are greater than the length of the ship lists. • Other minor tweaks. 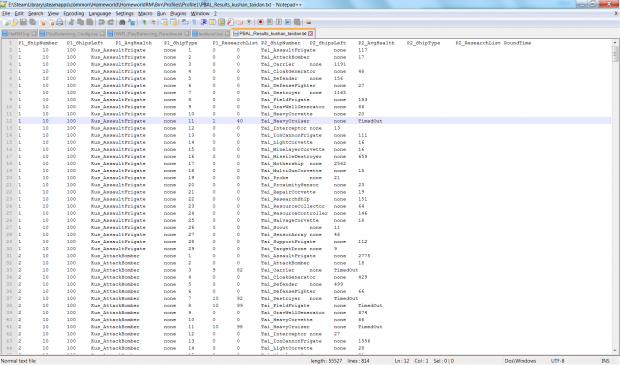