Every skin in this mod is part of the original assets present in "Star Wars: Battlefront II". No modifications were made.

This mod works for single and multiplayer.

Credit for the assets goes to Pandemic & LucasArts.

As an Officer class, by default there was an "Episode III" Galactic Marine skin to play with.
Since it belongs to the "Episode III" set, I've replaced it by an unused "Episode II" ARC Trooper skin (red) found in the official game assets. 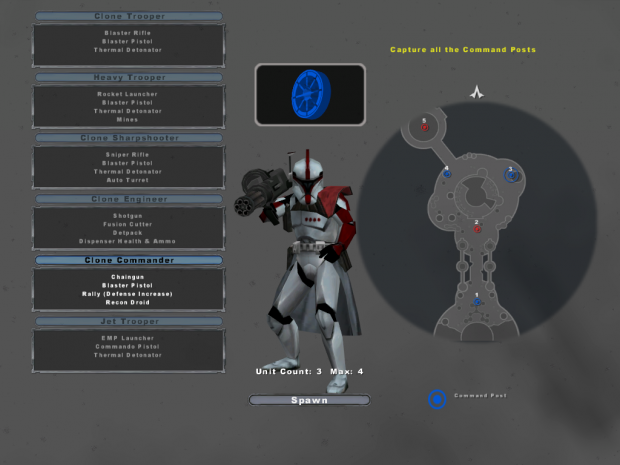 we have skin changer that already does this lol

You mean the vanilla game without any patches? It can.

This is a good mod

Thank you very much for this mod, i always prefer phase 1 clone trooper armors over the phase 2 ones. I am glad that i can play solely with phase 1 armors now. :)

Finally some respect for Phase 1 Clones.