Orbital Station Z has been invaded by an alien race. * Updated 2/9/2016 to fix collision bugs * Grab a weapon and defend yourself after incoming waves of Enemy attacks. Detected invaders Slimes - mindless drones leaving a trail of slime as the charge the player, fast moving and massive claws will make quick work of the player. Battle Tanks - Slower moving heavy assault platforms, firing a slow, yet devastating bolt of plasma melting armor and flesh. Hive Queens - slow moving boss enemy. Massive damage to anyone who finds themselves trapped in their powerful jaws. will spawn every 3 waves. Controls WASD - movement Arrow Keys - Fire Space - Open doors Tips Health packs will spawn at the beginning of each wave in the medical bay. Keep an eye on your health to last as long as possible against increasing enemy numbers. This is a top down, wave shooter game in a science fiction setting. Created during the month of January 2016. All code, art and sounds created by mr 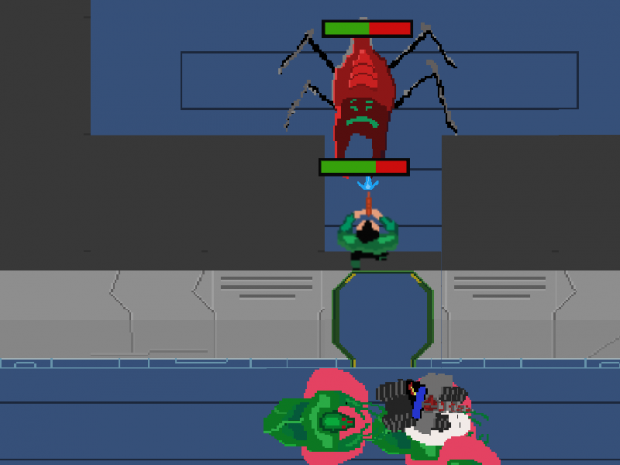