The latest (and final ever) version of One Night, including the complete game with gameplay improvements and extra content as well as a completely rewritten script and story flow to make for smoother plot development. Also fixes a bug pertaining to controlling Tiffany when the player chooses to remain with Marchani after the first boss fight. Should take anywhere between 3 and 5 hours to complete the game. There are four possible endings to achieve, and you can reveal extra game modes on completion of the game. To install and play, run the self-extracting archive and run "Game.exe" 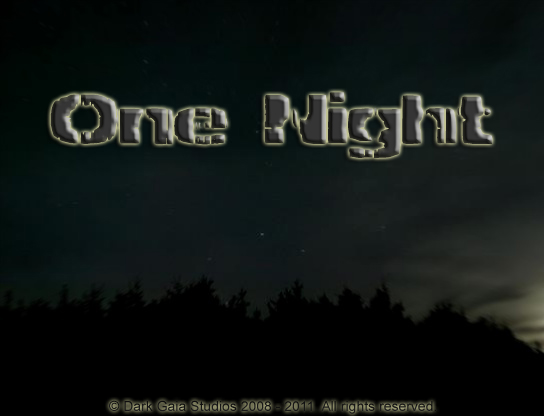