Omega Race is basicly the same game we used to play on Commondore 64/VIC20 in the 80's. But, not quite right. This version doesn't include any annoying sounds when the aliens moves. There are no end on this version. Just one thing; Get the highest highscore! Why creating it? Well, it's a classic for everybody that was old enought to play these games in the 80's. So, if you where'nt born in the 70/80's, you will probably don't like this game. But, then again. It's kinda addicting. :) Have fun! 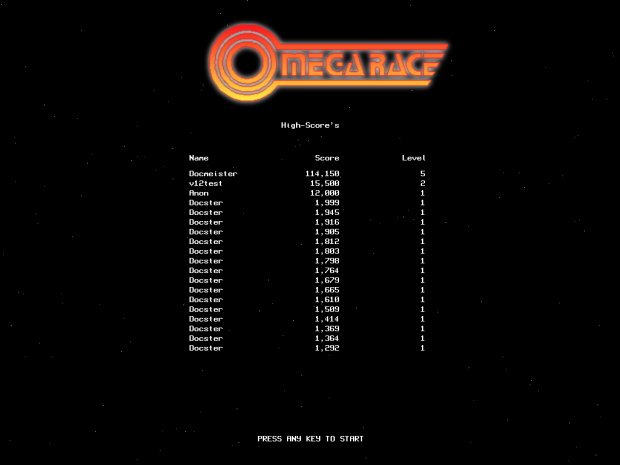