A new village reviving an old town from TES:Arena. Falkreath Hold has always seemed like a reasonably large place, but having only the Hearthfire home, a house taken over by bandits, and the burned out remains of Helgen hardly does it justice. Oakwood fleshes this out somewhat by placing a fishing and mining village on the shores of Lake Illinalta, just west of Lakeview Manor. This town once existed in TES:Arena but has not been mentioned since so there's nothing saying it wouldn't still be here. When combined with building the Hearthfire home at Lakeview Manor, it feels more like a larger town with a manor house at the head.

Fixed a navmesh bug inside Rorlimir's Finest Sundries that was causing them to be unable to navigate around the bed properly and may have been the ultimate cause of the shop being locked when it wasn't supposed to be.
Tallie's AI package had too large a radius resulting in her using the guest bed sometimes. 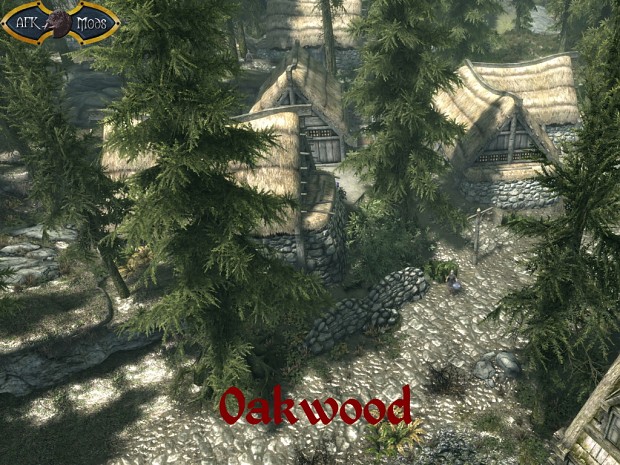