A Human male was a New Republic Army commander stationed on the New Republic base on the planet Altyr V in 10 ABY. He was in charge of the base when it came under attack from two Imperial artificial asteroids. Thanks to the efforts of the Jedi Knight Kyle Katarn, who destroyed the asteroids, the commander was able to evacuate the base. He then briefed Katarn's apprentice, Mara Jade, on her mission to contact the crime lord Ka'Pa the Hutt. 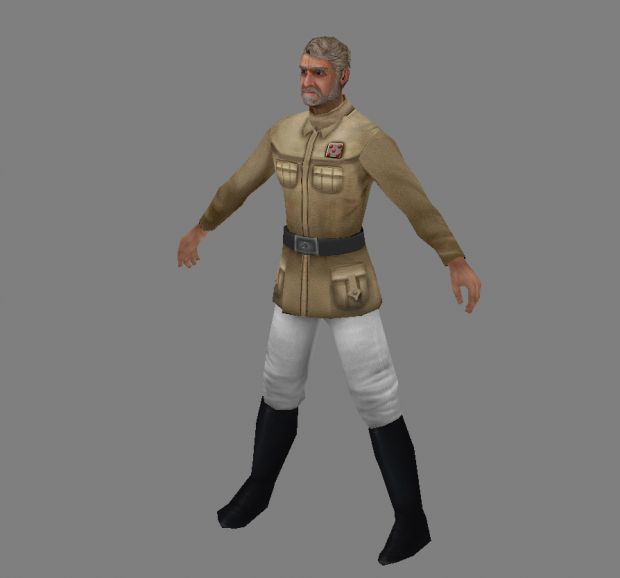