"Make a game inspired by Myst." The development of MYHA started with this single rule during the Myst Game Jam of January, hosted on itch.io by Sophie Houlden. The game was created in more or less 10 days. Myha is a First Person Adventure game created on purpose with old school graphics, as a tribute to the very first Myst game. Myha is part of the Black Cube series: it includes other games such as ASA and Catyph, which are other Sci-Fi adventure games reminiscent of Myst and Rhem. You can learn more on theblackcube.fr "The CSE (NASA equivalent) of planet Terra received a distress signal from their moon. A Tongolian cosmonaut is sent to space to investigate. When he arrives at destination, there is no distress beacon, there is noone around, except for a mysterious Black Cube. He takes it and... is suddenly teleported onto a small island, in a faraway world." 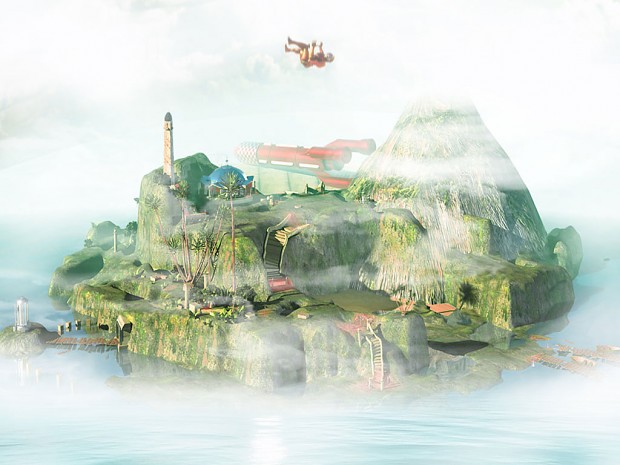