Mundo is a Medieval Multiplatform 3D MMORPG. Current version have a map of more than 1.000.000 m2, plus caves and hell sceneries, 17 NPCs, 21 kinds of monsters, 58 different items and 100 quests. You can have a world of adventures fighting against incredible monsters like minoutaurs, cyclops, and dragons! Full changelog: Added interaction with NPCs via mouse click; Fixed bug in TGenericCreature.Create; Fixed server trying to trade with dislogged players; Fixed bug when die while walking; Fixed release of openal resources; Fixed stopping threads before exit; Changed project file to send .ppu and .o files to ppu folder; Refactoring and documentation of procedure DrawGameObjs. 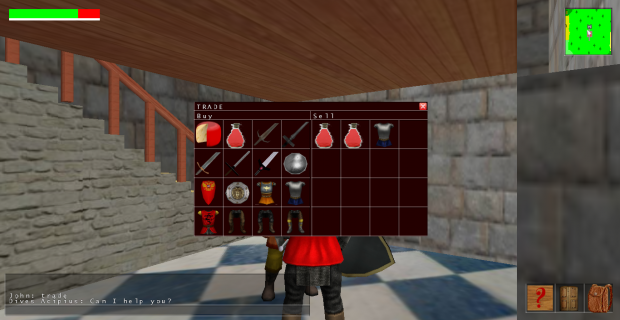