A maru was a mountable reptilian beast native to Alaris Prime in the Kashyyyk system. An agile creature, the maru was bipedal with two hind legs used for running, and two smaller forearms. It also had a long tail that it could use to attack. The Wookiees of the moon domesticated maru as beasts of burden. Maru were often armed with dual bowcasters and a seismic pulse emitter for defense against predators in the forests. Anakin Skywalker and the smuggler Bera Kazan were lent two of these creatures to help slow the CIS droid army during the experimental Dark Reaper Project span on Alaris Prime until Republic troops arrived

Maru (for modders)
Converted by Teancum 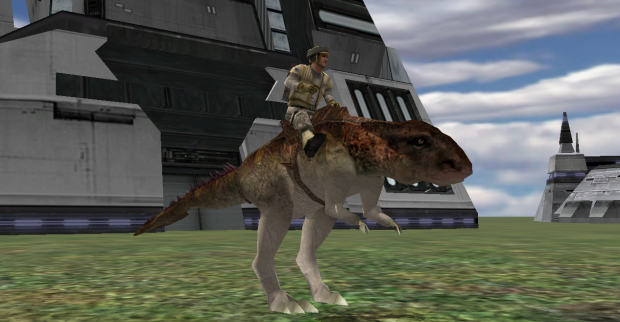