Lunar Wish: Orbs Of Fate is an indie role-playing game developed by LusterMX for the RPG fan community. It provides a unique experience unlike other RPGs in the community and has been made to provide the most complete and fulfilling downloadable gameplay experiences players can enjoy. One of the elements which set Lunar Wish: Orbs of Fate apart from other games of its genre is that it does not feature a clear main protagonist, despite initial impressions of leading characters. This has been implemented to allow each and every one of the characters to develop and expand at their own pace; the progression of the storyline is also unique in this respect as each of the characters has a significant part to play in the plot. There is no hierarchy within Lunar Wish: each character is considered integral to the overall storyline and gameplay experience. As a result, the game itself is rich in character development and is supplemented by surprising twists and unexpected methods of progression.

The gameplay schematic of Lunar Wish was designed to be as simple to understand and play as possible. This was done so that even players who are unfamiliar with the RPG genre could start playing immediately and allow themselves to immerse themselves in the world of Lunar Wish. There are no complex systems to learn and the learning curve is kept minimal as to allow as much of the game to shine through as possible. Skill Trees are used within the game to obtain new skills: this system allows the player to further expand their experience with the game as they progress and become more familiar with the game’s structure. As the characters learn new skills and become more adept in battle, as does the player. The simplistic yet effective system of each character focusing on a different element, tactic and strategy means that battling is always enjoyable without ever being overwhelming.
Lunar Wish is ideally suited to casual gamers, but the prime difficulty level means that there are always new challenges ready to surprise and test the player’s ability to think on their feet. Lunar Wish succeeds in bridging the gap between simplicity and difficulty which is a common problem amongst many games of this genre.
Lunar Wish: Orbs Of Fate has been in development for 5 long gruelling years and is truly a labour of love devoted to members of the RPG fanbase community. It has finally been completed as of 27th April 2013. Estimates would place the total game time at just over 12 hours, but take note that Orbs of Fate is just the first part of an epic duo of RPG games, the second of which will be coming very soon. I hope you enjoy playing Lunar Wish: Orbs of Fate just as much as I enjoyed making and developing it. Happy playing! 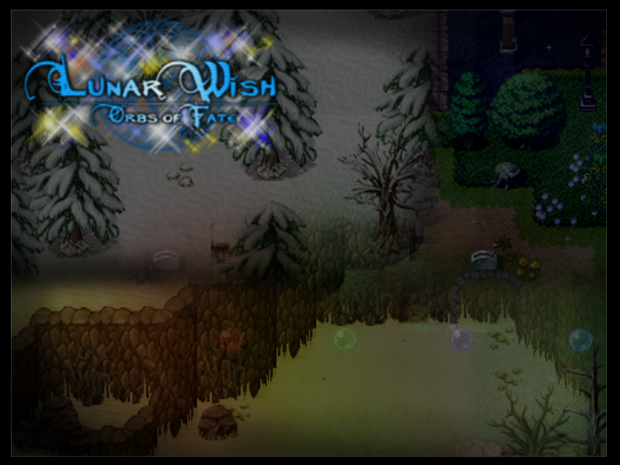