Luckless Seven alpha version 0.642 for Windows. Fixes Include: -Added zoom in/ zoom out for the camera. It is available in almost all areas. Some areas will never have a zoom in/ zoom out, like the area just outside the hospital. Players can zoom in and zoom out with the mouse wheel. -Changed the transportation buttons. Before the player would have to click next after specifying that they wanted to be transported. Now when the player specifies that they wish to be transported it will automatically load the next area instead of waiting for the player to click next. -Some fixes to AI pathfinding. Now the characters will always move unless they are talking to the player. Before some of the characters would randomly stop or wouldn't move at all for several minutes. 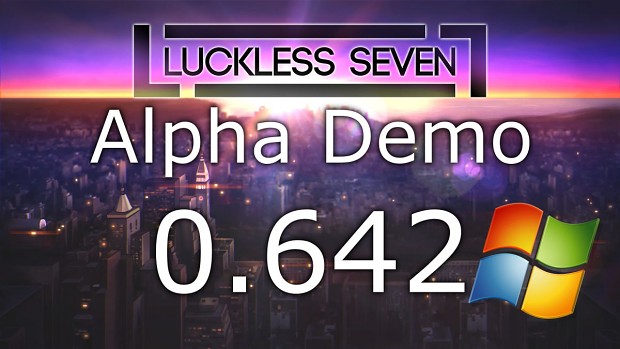