Logray was a male Ewok from the forest moon of Endor who served as the chief shaman of Bright Tree tribe during the Galactic Civil War. At one point during the war, Luke Skywalker, Han Solo, Chewbacca, R2-D2, and C-3PO were brought to the tribe. Logray, believing Threepio a god, ordered Skywalker, Solo, and Chewbacca to be cooked as a sacrifice to their "god." 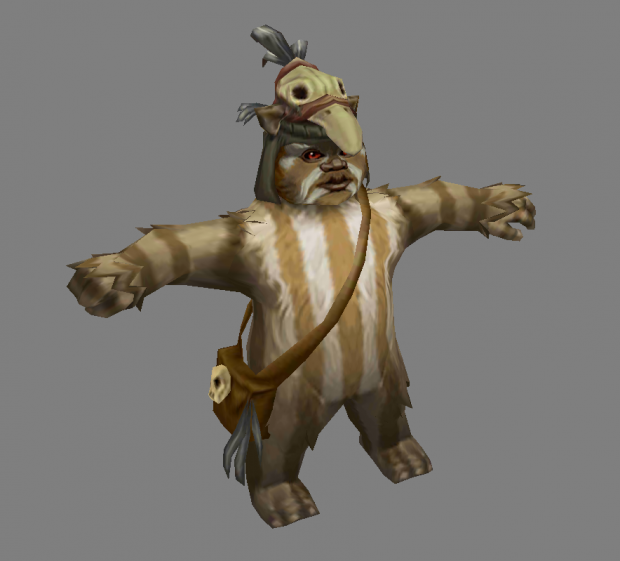