Lingotopia is a language learning game where you play a young girl lost in a fantastical and alien city. This is an early version of the game with a small part of the city to explore and a few characters to meet. The game is in English and at the moment you can choose to learn any of the following languages: German, Dutch, Japanese, Spanish, Portuguese, French, Italian, Hindi, Swedish, Norwegian, Icelandic, Estonian, Lithuanian or Latvian. Although some languages only have a few sentences translated. 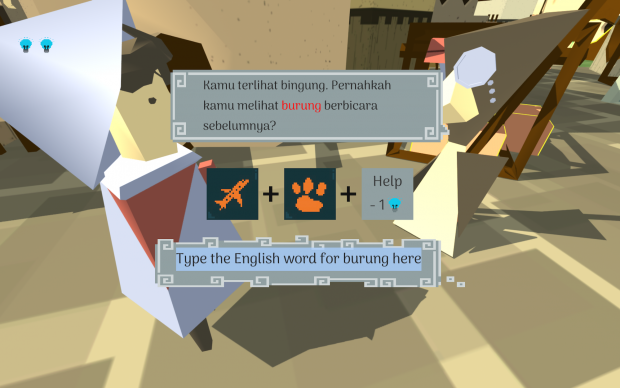