AI in CK2 undermines your religion authority overusing Holy Wars because it does not take into consideration rulers who may join such a war. It chooses this kind of CB because when it wins it gets all titles for itself instead of getting new vassal/vassals. This mod allows usage of HW CB type for: independent rulers, kings under emperors unless they are both content and craven, any other vassals if they are both ambitious and zealous. If requirements (independent ruler; king under emperor regardless of traits; vassal at least ambitious or zealous), of which at least one has to be true, change during Holy War such war becomes invalid and ends inconclusively (e.g. independent ruler becomes vassalized but is neither king nor has ambitious or zealous traits). It is compatible with Historical Immersion Project mod.

For example: Your vassal is a king (and not both content and craven) so he is able to declare a holy war and decides to do so. If you then revoke his kingdom title and he doesn't rebel, his holy war will end inconclusively unless he is either ambitious or zealous (or both). If he rebels his holy war will continue as it is allowed for independent rulers (even rebelling). 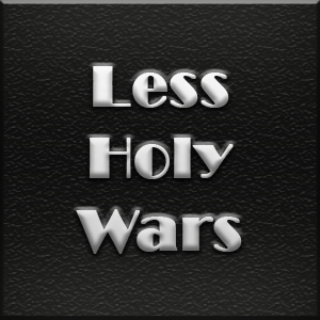