Kit Fisto was a renowned male Nautolan Jedi Master in the waning years of the Galactic Republic. In 41 BBY he took Bant Eerin as his Padawan. He later trained Nahdar Vebb as his Padawan to knighthood as well. During the Clone Wars, he served as a Jedi General in the Grand Army of the Republic, as well as a member of the Jedi High Council.

This upgrade removes tentacle physics, but makes Kit look so much better! 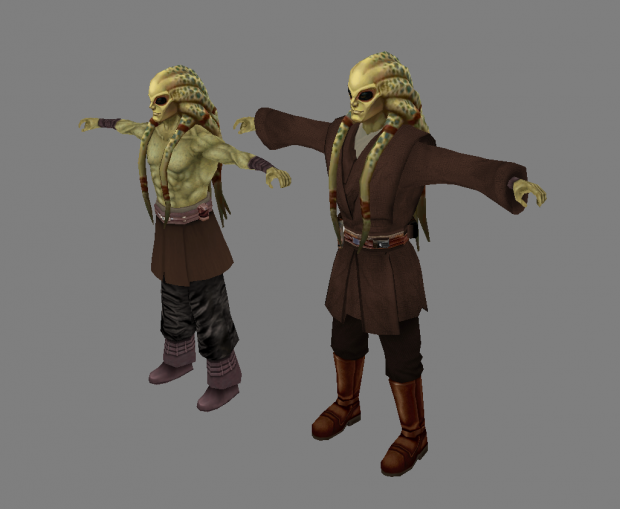