Adds paper currency to the game and to traders. Its base worth is 1 silver, but prices will float according to the pawn's skills as if he/she were buying/selling. Changes to traders: - Neolithic traders don't carry any and only trade in Silver; - Outlander traders carry both Silver and paper money since they also trade with tribals. - Orbital trade ships carry very little Silver but carry a lot of money. Changes to Quests: - There is now a chance that you'll get paper money as a reward for missions. 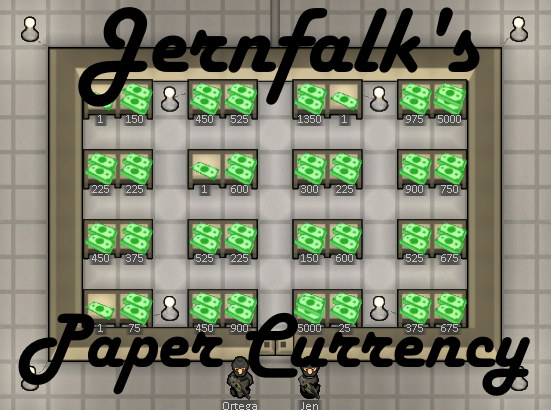