I'm currently working on my first game using GameMaker Lite, I haven't named it yet so let's just call it Jack for now. Jack is meant to be a Fast-Paced action platformer, along some puzzles to solve. In this demo you will play with Jack on a preview/tutorial'ish small level to show off what I've done so far. Hes a mixture of a warrior-ninja, and somehow he got some mysterious abilities. I do intend making a big deal with this, a big storyline, and a great fun gameplay. But for now I can't reveal the lore. I'm close of starting making chapter one anyways, that will give a warmup at the time! So I really need your feedback, since its a big project for a first game. 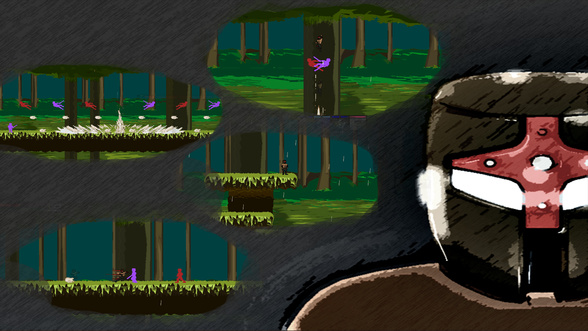