In the future an unknown enemy sets off a series of nuclear bombs on space above the U.S. provoking an electromagnetic pulse (E.M.P.) that shuts down nearly all electrical devices, bringing the economy to a halt. The few operational military forces quickly move to the cities to maintain order but hostile military forces are soon detected on both Eastern and Western coasts while enemy armies mass on the Southern border. Martial law is declared and militia forces called up to help defending the Northern Command. After sinking the remaining ships of the U.S. Navy, the forces of the Asian Alliance, the People's Liberation Front and the Euro Hegemony prepare for their next strikes. The invasion of the USA has begun... a map by Hobbes, Ghost Rider, and Dagon81. 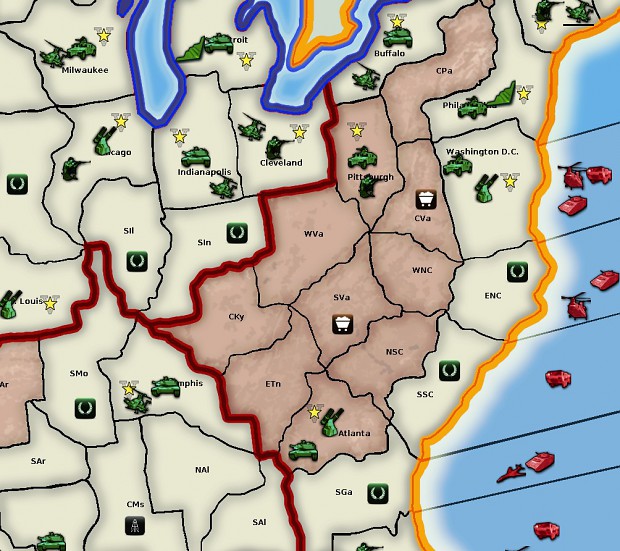