IG-88B, also commonly known simply as IG-88, or as a Phlutdroid, was a rogue, deadly masculine IG-series assassin droid manufactured by Holowan Laboratories who worked as a bounty hunter. Following the Battle of Hoth, he and several other bounty hunters were summoned by Darth Vader to the Executor and hired to track down the Millennium Falcon and her Rebel crew. Unable to track his quarry, IG-88 trailed his chief rival, Boba Fett, to Bespin, where the bounty hunter nearly destroyed the assassin droid, however IG-88 managed to survive. At some point IG-88 undertook a software infiltration into Death Star II, but his plan was single-handedly thwarted by R2-Q5. Decades later, the droid met with mercenary Bazine Netal to speak about the location of the Millennium Falcon. 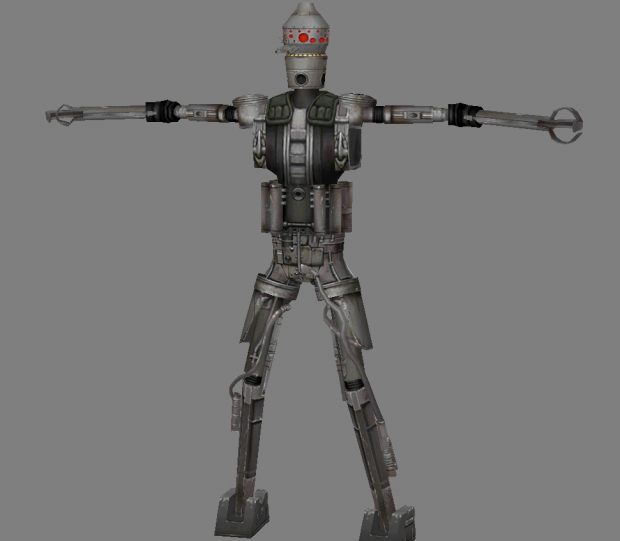