Han Solo, Chewbacca, and passengers of the Millennium Falcon found that Alderaan had been destroyed by the Death Star. After they were dragged on board by the Death Star's tractor beams, Skywalker convinced Solo and Chewbacca to help him rescue Princess Leia Organa by promising "more wealth than you can imagine." Han helped Luke infiltrate the massive station in stolen stormtrooper armor and after several misadventures, they managed to rescue the Princess and escape, at the cost of Obi-Wan's life, taken by his former apprentice, Darth Vader during their duel aboard the Death Star.

A quick kitbash to use for console mods mostly 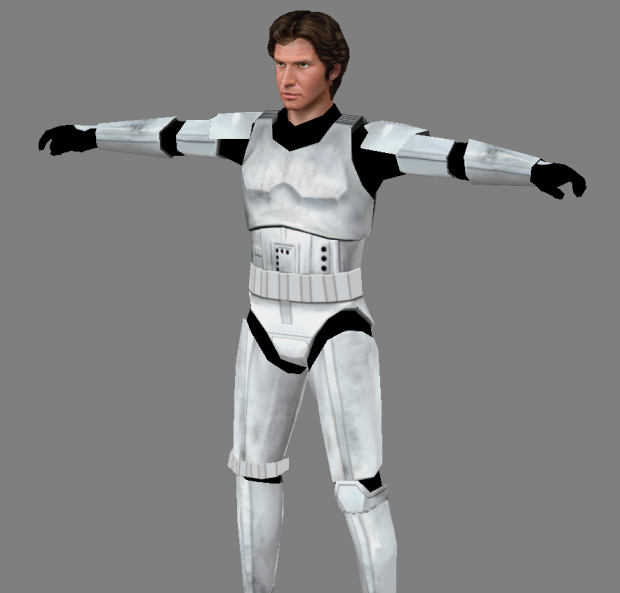