Han Solo was a male Human smuggler from the planet Corellia who achieved galactic fame as a member of the Rebel Alliance and later the New Republic. Born on Corellia, he was orphaned at an early age and taken by the pirate Garris Shrike to serve on his crew. He was treated cruelly, and served Shrike for many years before escaping while in his teens. Solo became a smuggler, and fell in love with Bria Tharen, though she left him due to her duties to the Rebel Alliance. Solo then entered the Imperial Academy at Carida, serving with distinction. He was kicked out, however, when he stopped an Imperial officer from beating a Wookiee named Chewbacca with a neuronic whip for resisting capture. In gratitude, the Wookiee swore a life debt to Solo, protecting him with his life and a bond of friendship formed between the two that was unbreakable.

HUGE props to Javatilo98. I borrowed his updated skeleton. I could make my own, but no point in repeating work. If he wants me to remove it, I will. I just want to make sure he gets credit. You MUST use the updated skeleton file, otherwise the model will look weird. 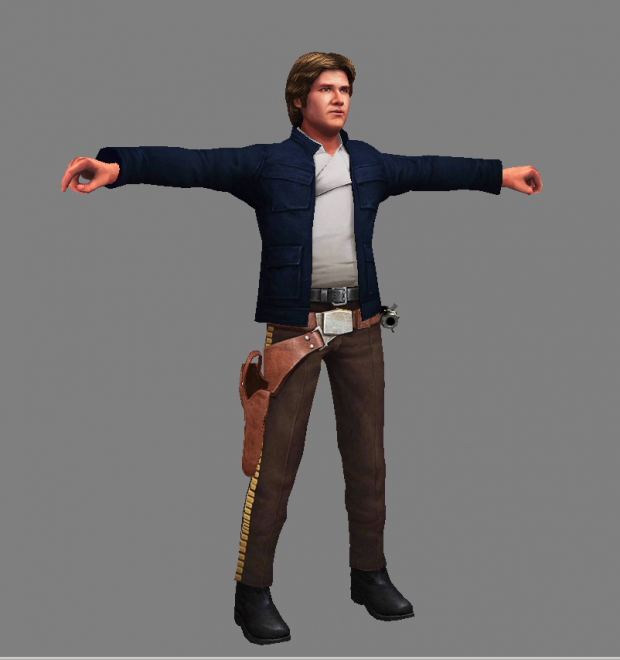 do you know where I could find a lot of kotor assets and possibly a Coleman Trebor or Pablo Jill model?