This is one of the two demos released for Half-Life. The first one, called Day One, was just shipped with certain video cards and never released to the public. It contained the first day of Half-Life's story, from "Black Mesa Inbound" to "We've got Hostiles". Half-Life Uplink was the official demo released in 1999, and it contained a few unique levels that didn't appear in Half-Life. 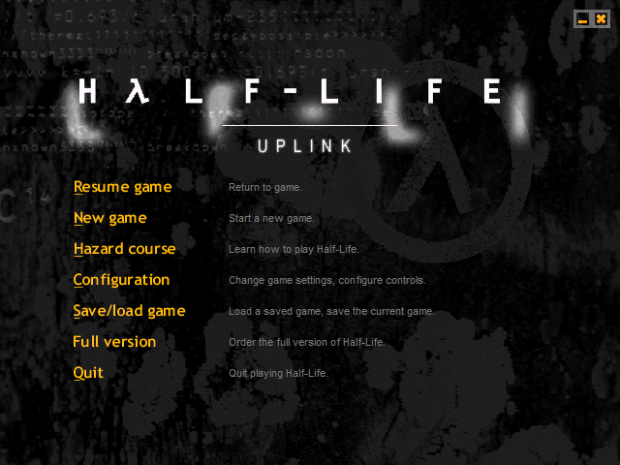 When I start it I get errors and I get stuck.

Can You Say What Errors?

could not open bitmap file gfx/shell/bttns_main.bmp

could not open splash.bmp and then I get stuck in the main screen where you can select play new game and so on

idk, I downloaded it And It worked Fine

does console work here? because on my version theres no way to acces the console unless i use a browser version of the game

Go To C:\[Your HL Uplink Demo Directory]\hldemo.exe, Then properties,
And Then Type in "-Console"
Steam:
If You Put It on Steam Here's How you Open The Console
Click On Manage, Go To Properties, Type In "-Console"
Now The Console Should Appear