You can now finally get your hands on Goupé. With this pre-alpha demo, you will gain access to one level that starts off pretty basic with a slight difficulty ramp up as you progress. You have 10 mins to complete the level, which should be more than enough time to play through the level. Once the timer hits zero, game over and you will be brought back to the main menu to either quit or retry the level. There is currently a limit on the amount of deaths you have also, once you hit 99 deaths, it is game over. You control the character by hitting the LEFT and RIGHT arrow keys or the A and D keys to move left and right. The UP and DOWN arrow keys along with the W and S keys allow the character to move up and down vertical walls. Hitting the SPACEBAR will allow the character to jump. The longer you hold it, the further he jumps. When playing the game, keep in mind that this game is still early in development and a lot more features and polish will be added before the game's release.

With that, take notes on bugs that you may find and possible features that you would love to see added to the game.
If you are having trouble getting the game to play, leave a comment on our facebook page or email DualWieldingWolves@gmail.com explaining the problem you are having. If it says you are missing a DLL file, make sure you have the latest DirectX redist (June 2010). 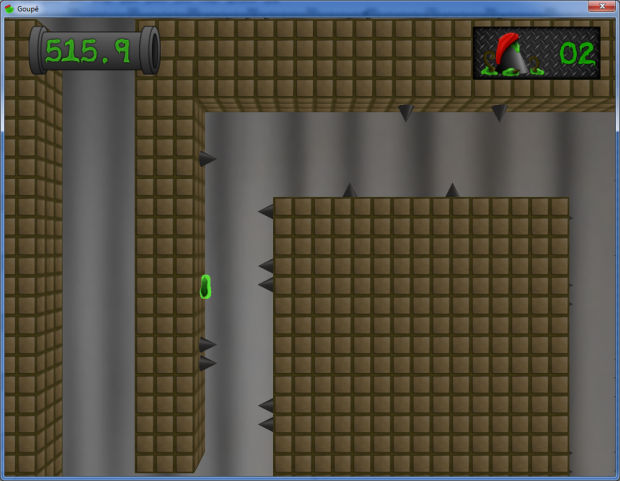