Picky is an adventurous pixel from Bitland, a boring 2D place where nothing happens until someday he listens a story telling that there's a magic emmerald that will bring adventures to anyone who holds it. Once he finds it inside the Poly-Poly temple, the chaos inside of the emmerald is released and all his world turns into an unexpected 3D world, but also awakens the Chucky-Chucky, the guardian. Now he must use the Poly emmerald's secret power to scape from there. Help Picky to escape from Chucky-Chucky in a platform game with frenetic chases switching from 3D to 2D and vice versa. Game developed by: Programmers Carlos Adán López Marc Dalmau Diviu Adrià Garcia Martín Kirian Careta Freixa Cristian Ruiz Núñez Artists Joan Pérez Amo Joan Romero Maní Colaborators: Musicians Matias Lizana García Yu Tong Duan 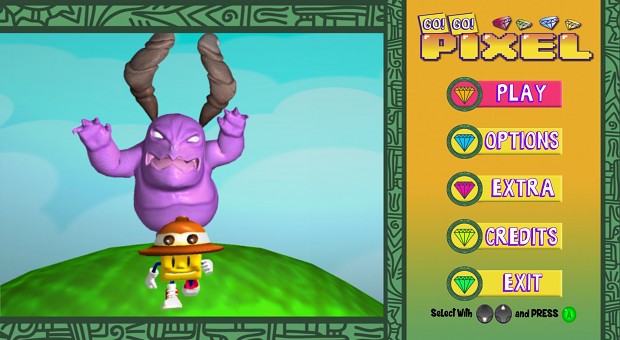