This should have an Emperor grant an extra kingdom, a kingdom being the capital, duchy, and king title, to a vassal non-king character. If they are already landed, it should give you any titles they hold in exchange. Additionally, it allows an Emperor to grant a kingdom to a Grand Duke vassal. Thanks for reading and using, SinStar87 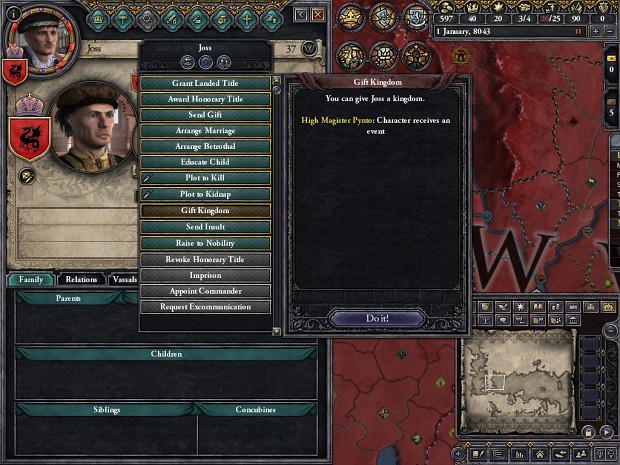