Gibraltar is a fast paced, territory focused, turn based tactics game. It takes inspiration from Advance Wars and Hearthstone, as well as Go, a Japanese board game. I love the excitement and intensity of sitting around a table, computer or Gameboy and pitting your wits against friends. When I started making Gibraltar, I wanted to infuse it with that same mix of comradery and rivalry that I felt while playing Advance Wars years ago. I call Gibraltar a “lunch-time game” because I want it to feel like a game I would have played with my friends during lunch or recess as a kid. Gibraltar differs from other turn based strategy games in that its primary goal is not to kill all the enemy’s units or even to capture the enemy’s base, but to control his territory. The game board is divided into a grid. Players can control grid squares by capturing nearby buildings or by deploying Disrupter units, which can move around the board and take territory. 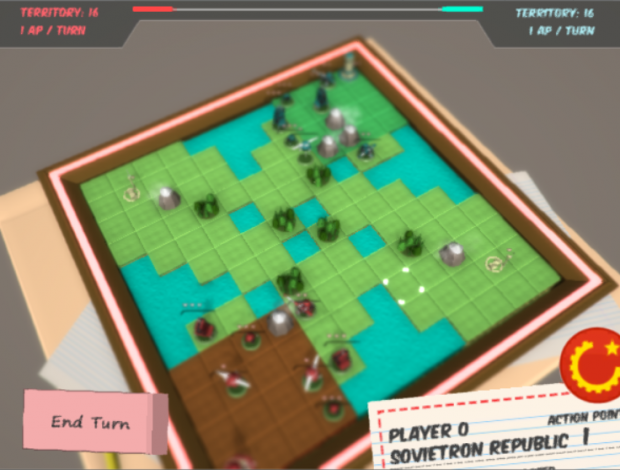