Installation Instructions: 1. Install Gekokujo 3.0 (if you haven't already) 2. Install the contents of the patch over Gekokujo 3.0 (this is the only step if you already have 3.0) The patch is 41mb. If it is smaller than that, the download was corrupted and you should try a different mirror. 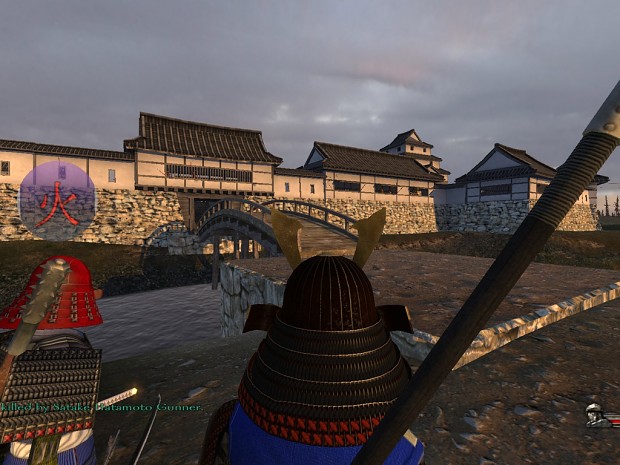 Is this the same version that was uploaded to Taleworlds forum long ago or are there some changes?

It's the same version. I posted an announcement that hasn't been authorized by the admins here yet, but should also be in Nexus and Steam Workshop about how I stopped working on it but that there had been a 3.1 beta all along

Yes, I know about the beta. You said that you would finish this version for perfection's sake and then post it here so I hoped this was it.

Will you eventually continue work on it or is it done forever?

Hello, I want to report as a big fan of this saga, that the Mod to version 3.1 contains a Bugg the enemy patrols take you all your army say attack, how we surrender! . Solve it as soon as possible to return to war with my samurai :)

The newest article has a link to the changelog in this taleworlds thread: Forums.taleworlds.com

Sounds great! It's funny, because I recently got back to the game that I had started a while back and then the update is released just a few days later.

Thank you sir for this wonderful mod

It is my most played mod, and the 3.1 version is fantastic and an inspiration for beginner modders like me.

as usually on drugs

@marty4286. You mentioned a secret quest hidden somewhere, and that this quest is incomplete will it stay that way or will it be finished, and also its a big world mind telling us a general area as to where we can search for this mission.

WARNING: This mod has not been properly translated from English. Playing on anything other than English will cause certain text to use translations of the native module

General:
- Increased morale gains from leadership, charisma, and intelligence
- The player map icon changes to a lordly one if they have 60+ troops as an independent or 30+ troops as a vassal
- Added a biography page to the gekokujo-specific options to remind you of your chargen choices
- Sieges have been drastically improved, requiring the battering of gates during battle
- Old-style sieges without gates can be re-enabled in Gekokujo-specific options in the camp menu
- Random encounters might trigger up to once per day, as long as your party is small enough (less than 30)
- Agents, Experienced Agents, and Yojimbo can now be bodyguards
- Minimum bodyguard limit has been raised to 2 from 0 but ONLY for Agents, Experienced Agents, and Yojimbo
- Having Agents and Experienced Agents in your party will improve infiltration chances
- Ability to work for money in towns and villages
- Ability to beg for money from townspeople and villagers
- Ability to pickpocket and mug townspeople and villagers
- Ability to stalk townspeople and villagers and to burglarize their homes and places of work
- Made player lose confidence in the honor and nobility of samurai (or at least base ronin)
- OPTIONAL: For increased difficulty, you can set samurai troops to cost 2 party slots (the second being taken up by their servants)
-> Due to modding limitations, Samurai still cost 1 but also reduce your total allowance by 1

Scripting:
- Updated codebase to 1.166
- Cleaned up the startup script a little bit
- Overhauled morale and routing thanks to jacobhinds
- Fixed swarming bandit bug
- Fixed problems stemming from imprisoning lords in neutral forts (STILL RECOMMEND NOT DOING IT)
- Battlefield AI has been drastically improved
- Freelancer no longer bugs out when your lord is defeated while you are on vacation
- The spectator camera in battle is now much more smooth

Factions:
- Ikko Samurai now cost the correct price
- Faction troops are renamed properly after a restoring a claimant (Tokugawa -> Imagawa, etc)
- Bandits now spawn proportionally to the number of active factions, with an option to reduce bandit activity
- At 10 factions remaining, there is a chance of a rebellion

Troops and Companions:
- Companions sent out as emmissaries no longer disappear
- Lords should now gain higher tier troops much faster
- Peasant women now upgrade to the correct Agent troop
- Nanban and Yukinoshita armor now count as plate armor for modifiers
- Samurai infantry now use the proper weapon in a given situation rather than only their katanas

UI:
- Faction Relations Report now displays all factions
- Ikko-Ikki faction color is a little more grey/off-white to better display on the world map
- The last few native UI pictures have been changed
- Added a tip about long startup times in the loading screen
- Gekokujo-specific options in the camp menu made more prominent and laid out more sensibly
- Minor wording changes to give menus clarity and for the dialogue to lose its medieval english aesthetic

Special:
- A new secret, hidden quest written by Bogmir was inserted into the mod, but is unfortunately not fully compatible with existing saves

beautifull and stable :) , one thing to repair ....can you make AI more smart ? Archers dont like swap weapons , any swordsman can kill them easy

For some reason the sashimonos arent on any soldiers exept for me.

How do you break down gates?!

so i dont understand what the instructions, for download. when it says to "Install the contents of the patch over Gekokujo 3.0" what does that mean. im new to the modding community and i couldnt find a video on youtube to explain it.

Might be a little bit late but you just have to overwrite the old scripts.

i need help ,my safe file got problem ,i play till 189 days then my armor,money,weapon,vasssal and inventory all gone , and my companion call me NO STRING!WTF is that ??instead of oyakatasama ....help me please

hi i have the 1.163 verzition of warband and i just wanna ask if its ok or do i have to update it and if how can i do it??

how do i put my companions to be with me when i walk around the streets and the tabern?