This patch is for the 19.80 version of the Freeworlds 19.xx mod- for Freelancer. Introduced is the system of Alderaan. Within, is found the planet Delaya, Alderaan Sensor Station, the New Republic CC9960-Liberation, and the infamous Alderaan Graveyard, the site of the Empire's Death Star attack during the Galactic Civil War. This version of this patch is the base work for the Alderaan system which may be included by the Freeworlds Dev Team in a future release. This file is not a complete work, but will run on a local server, but has not been combed over for all possible bugs just yet. This mod is not currently supported by the official Freeworlds 19.xx server. More to come. 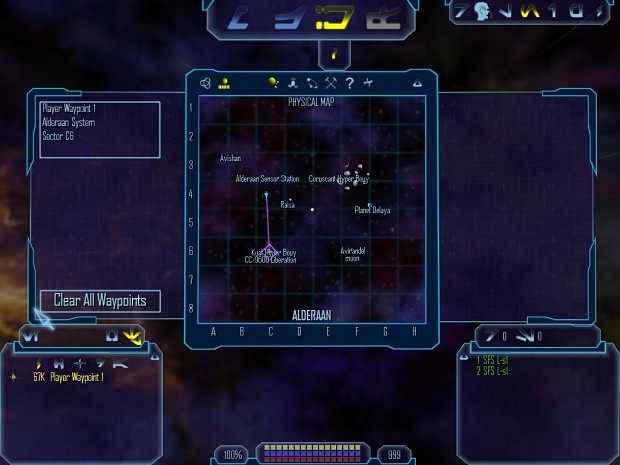 I said it in the description, but I think it is important to be noted again. This may not be used by the dev team of Freeworlds, and it is NOT meant for use on a server other than the server "Freeworlds Rise of Alderaan" as it WILL cause crashes. This patch is in the works, still.

With the stop in modding support by our admin team, Sparta will be starting up new work. More details to come.