Recently, Freddy's Party has opened featuring new animatronics and the exceptional Party Freddy. The best place for kid's party ! Five Night At Pixel's is a FNaF Fangame that revisit the story. So it's not a fan end of FNaF but a new story with the antoganist of the original serie, with some clue in the night and the mini games. The aim of the game isn't to be terrifiant but to continue to give life to the FNaF community . Will it just be a copy of the ancient FNaF gameplay ? It use some of the basic gameplay but they're some new mechanics. When will the game be available ? The game is almost finished. I need to fix some bugs and include the mini games for the story and it will be finished. Credits CreepyShot : Game designer, Story writer, Programming in Clickteam Banditmax201 : The owner of the original sprite that i edit Scott Scawthon : The music and sound of the game 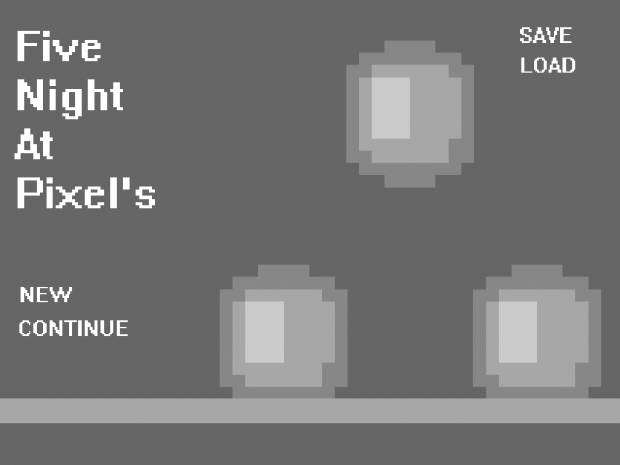