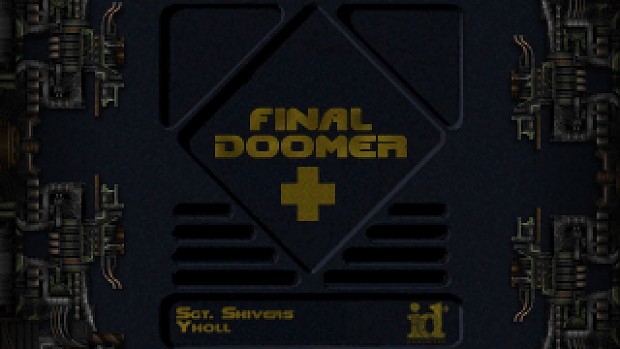 Okay, I'm a professional at modding other people's mods and I have to disagree with this tactic at a fundamental level. Basically if you're going to do an addon for a mod then you should make the addon reliant on the parent mod. In this case you uploaded the entire mod with your changes and its independent of the original.

I understand exactly why you did this, but at a creator level it sucks.. So the checklist for doing these types of experiments, especially if the OG author is hard to get hold of, is this:

1. On ModDB, upload to the actual Mod page rather than independently under yourself. My example is EDAY Vanilla I uploaded to Brutal Doom mod page.

2. Take the time to write out exactly what you changed as much as possible. It doesn't have to be exhaustive coverage, but a summary of major changes looks nice.

3. If at all possible make the Addon reliant on the original Mod so that the original mod does not get downloads stolen from it. My example is Castlevania 3rilogy mod requiring Simon's Destiny to run.

I'm giving this advice because I started out my modding exactly like this and have had a few denied by the OG Authors before.

Thanks a lot for the advice, I'll see what I can do

Some idea suggestions for the potential altfires:

TNT Evolution
I find that the altfire in TNT to only be the Halderman Device to be a bit underwhelming, but it is indeed useful. Though I do wish them to be a bit unique so I will give some suggestions about it anyway.

Tactical Shotgun: Explosive Slug. deals less damage than a direct hit of all buckshots but very accurate at range and can deal small radius of splash damage.
Burst Shotgun: Quad Shot. Turn it into a quad-shotgun that fires 4 shells at the same time, at the cause of making it very inaccurate even at midrange and takes longer to pump between each shot.
Dual Machine Pistols: Spread Shot. Like the Tommy gun from blood, covers bigger area at the cause of less DPS.
Missile Launcher: Lock-on Rocket. Makes the rocket able to lock onto enemies at the cause of slower firerate and less impact damage.
Maser: Spread Shot. Like the Unmaykr from Doom Eternal, instead of a concentrated beam, it fires a valley of spread projectiles. Covers bigger area at the cause of less DPS.
Incursion Annihilator: Death Ray. A concentrated singular tracer that can only focus on one enemy, but deals devastating damage to that one enemy this tracer hits. Has a longer charging time, but can possibly one shot a Cyberdemon.

Neutron Pulser: Buckshot. As a shotgun slot weapon this sure doesn't function like a shotgun. So what do you do? Make it function like a shotgun! Throws a valley of smaller projectiles, making the damage a bit spread out but has faster projectile speed.
Neutron Cascader: Single shot. Fires only one barrel and only need to recharge after all three shots are fired.
Burst Needler: Skewer shot. Launches a harpoon that penetrates enemies, it is projectile based so it has a bit of travel time if aimed at somewhere far away.
Prism Cannon: Rail Blast. I mean come on, this gun fires literal light. Making it into a heavy railgun is a no-brainer.
Ofuda Caster: Triple shot. Fires three cards at once for each shot but the projectiles have limited range and it drains ammunition.
Onmyou Devastator: Fires Yin and Yang separately, one ammo can fire two shots, but splash damage radius and the overall damage are halved.

Back to Saturn X

Arc Blaster: Single Shot. Instead of three beams to be fired all at once, they can be fired individually. Projectile speed is faster and one shot can be fire three times.
Machreaper: Single Shot. Fires one shot at a time with lesser wind-up time between shots. Range is still ridiculously short but deals more damage than a standard Arc Blaster blast.
Pulse Rifle: Instant Charge. At the cause of the gun's energy (aka ammunition) to instantly recharge the super shot.
Pulse Cannon: I will say make it a railgun but I already made that suggestion in JPCP so I'm not sure about this one.
Plasma Vulcan: Another one I'm not so sure about. Maybe making it an full auto plasma shotgun?
X-Spark Cannon: How do you improve perfection. Just, how.

Drum Shotgun: Triple shot. Fires three shots at quick succession, like that shotgun variant in Doom 2016.
Shattergun: Quad shot. Load extra two shells in there, cause it to spread out disassembled shots longer than usual.
Tornado Battery: Ripper shot. Fires all three barrels at once. Super inaccurate and drains ammo but has great stopping power and devastating up-close.
Mini-Missile Launcher: Scatter shot. Fires a rocket that will explode into a valley of small bouncing grenades. Good for room clearing, bad for if you're also standing in that very room.
Phased-Tachyon Cannon: Phase Round. Fires a big slow moving energy ball that will lock onto nearby enemies and deal continuous damage to them as long as they're in contact with a projectile. The energy ball will explode after a while.
The Vendetta Machine: Standard Mode. Fires without the lock on feature, the consequence is just that the rockets don't track their enemies.

Drake Knight Shotgun: Charge Shot. Need a brief charging time before firing a piercing shot that will light all enemies on it's trail on fire.
Dragon King Shotgun: Dragon Breath. Fires a short ranged flaming blast that deals massive damage to all nearby enemies and light them on fire. Effective range is very short.
Gatling Fury: Overheat. Heat up the gun and makes the heat amount stays in critical before firing. Cannot be fired during the heating up period.
Firegrasp: Not sure what to do with this one......
Flamethrower: Mancubus Blast. Rapid fires fireballs that are similar to the projectile of a Mancubus cannon.
Sol's Wrath: BFG Round. Fires a BFG style big fireball that explodes instead of the standard fire breath.

Just some suggestions and ideas, hope some of them can prove to be useful.