Drastically improved lasgun - shoots faster, looks much cooler, more accurate, longer range. Rockets and weapons with the Knockback affix now knock back enemies Faster Loading Time because of: New building spawning algorithm! It's more regular, denser, and buildings are taller. Smaller buildings near the starting zone (so it's easier to get started) Buildings now have more random information in their info terminals New enemy spawning algorithm - sometimes you get one big minion instead of 5 small ones, sometimes you get 2 mediums and one small. The pace of combat has been slowed: Minimum hack time is longer now Enemies are slightly slower Early game weapons do slightly less damage Common items no longer have affixes (but you won't start with a drunk laser!) UI Updates - better health indicator, easier notification text on the left, other small improvements 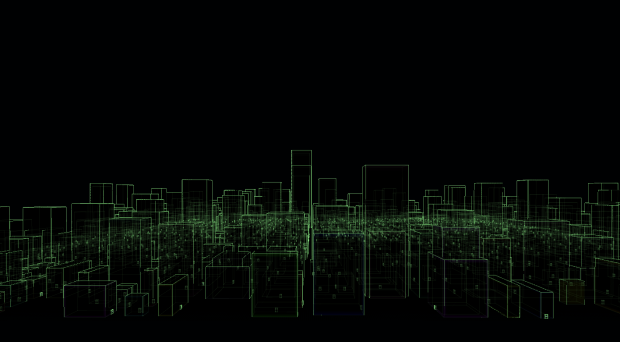