This Mod is basically the successor of the old mod Version, which have been released in 2017 as Future Battlefield Pack here on Moddb. Since 2017 several Bugs has been fixed and a few Balance Changes are included. So the Mod works now with all Game Versions (Steam, FAF and LOUD)

A few Units from the old 2017 Version have been removed from FBP Legends:
For example the UEF Laserturrets, Lightning Guns, Laser Hover Tanks and a few more.
These Units will be available in the upcoming Submods FBP New Techs and FBP Defenses in the future.
So they will come back, but with new Models, better Textures and Animations. ;)
Note:
FBP New Techs, FBP Defenses and several other FBP Mods are available on the official FBP Github
If you want to play with the removed Units from FBP Legends or try out several new ones in the other Mods as Early Access.
Check out the offical FBP Github Repositories here:

Remember all mods on Github are still in Development and will be Updated in the Future.
So make sure to check out the FBP Github or the Moddb Pages for new Updates.
Official Releases will be published here on Moddb or on the FAF Modvault.

For any Suggestions, Troubleshooting or Discussions feel free to join the official FBP Discord Server:

The Cybran Tech 1 Tank (Zeta D2 Electron) doesn't has its Icon.
This will be added in the next Update next to of the AI Support for it.

- Just put the Future Battlefield Pack Legends Folder into your Mods Folder
- Activate the Mod in the Modmanager and start a Game
- Enjoy. :)

Requiered (Only for the Steam Version of the Game):

FBP Legends has get it's own integrated Icon Support.
So all Units in FBP Legends will have their Unit Build Icons in the Buildlist.

Note:
The Integrated Icon Support will be available in all FBP Mods.

Currently my primary Work Progress is focused on FBP Orbital.
This is an new Mod, which integrates an full Orbital Techtree into the Game
So some Orbitalstructures, Spaceships and more space related stuff will be available in FBP Orbital
You can check it out here:

The development on FBP Legends and on the other FBP Mods will be continued in the Future.
FBP Legends itself will get new Units, improved Textures and Model Reworks on exiting Units in future Updates
So stay tuned about new Updates for FBP legends and the other Mods on the offical FBP Moddbpage. 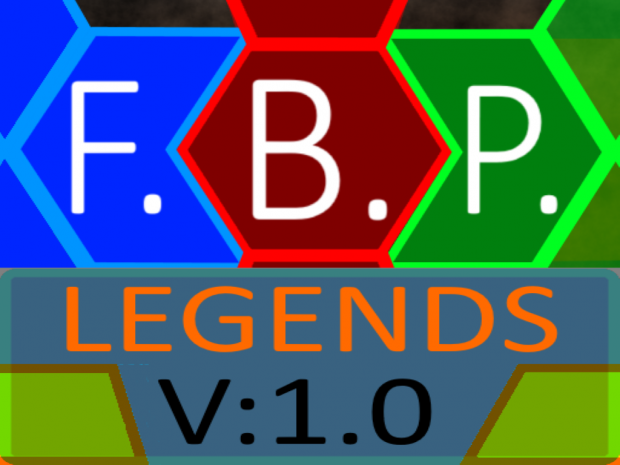 I have a bug, none of the new units and structures have icon.

Okay I will check it out

Update:
I have found the source of the Issue.
The fix for it is coming

The fix has been uploaded
So the Icons should be visible now.

nice work, the 3d models look a bit weird and may need some polish (im not one to talk though. im still a begginer to blender) however i think that the units are so rediculouse that they balance eachother out.

The Models are based on the old unused GPG Concept Artwork of Supreme Commander.
But I agree with you about that.
Several Models will get a rework in the future.
So I think I will develop my own Designs for these Units, but the old GPG Concepts will have a smaller influence on the new Designs.

All in all I will look into it later.

Hi CDRMV, I'm not sure if the issue is isolated to me but I don't have range rings showing on the sub Fireshark?

Seems like I have forgotten to add the respective categories in the bp file for the Weapon Ranges. Okay I will look into it soon.
Thanks for the report. :)

Thanks. If you have time, can you point me to where I can learn about changing or creating weapon range rings or better yet if you can show me how? I'm partially color blind and would like to change the color on some of them (like color white or black instead of green, orange, yellow, etc).

No problem :)
About the Weapon Range topic:
Well I don't have changed the Color of the Weapon Ranges in the past. I know how to add them to a Unit in general.
But to recolor them is an another story. So I can't say anything about it so far, but for my personal opinion I would say it is possible to change the Color of the Weapon Range somehow. However that is just a theory of myself so there is a big maybe behind that.
You should ask other Modders on the FAF Discord Server/FAF Creative Server about that too. Maybe someone know more about that/How to do that.

All in all if you have any questions feel free to ask me.
Maybe I can help you too.

How do I install it to the original supreme commander?

This Mod is only for Forged Alliance.
However you can find a similar Supcom Edition in the Downloads Section.
The one thing it is an old Version and will be patched/updated in the future for sure. But that is the most recent, which you can get so far.

okay but where do I install it to if I download the original version?

Which version of Supreme Commander do you use?
Retail or Steam?

If Retail:
You need to navigate to the Main Directory of the Game (a Folder with the Name: Supreme Commander), where you have installed it. After that you have to create a Mods Folder and put the Mod into it. Make sure to put the Future Battlefield Pack Folder, which is included in the downloaded .zip File into the Mods Folder. Activate the Mod in the Mod Manager and you can play it.

If you use Steam Version of the Game
You need to navigate here:

C:\Users\<YOURUSERNAME>\Documents\My Games\Gas Powered Games\Supreme Commander Forged Alliance
Create here a Mods Folder and put the Mod into it.
Make sure to put the Future Battlefield Pack Folder, which is included in the downloaded .zip File into the Mods Folder
Activate it in the Mod Manager and you can play it.

Note:
These Install Instructions should be included in the additional Readme File, which is available in the .zip File too.

I activated the mode, why can't i find the carriers, and the walkers,and nothing else???
sorry for the bad grammar!! (google translator)

This Mod here is focused to add several Units, which are based on unused Concept Artworks from the Developers of the Game. It is basically a Patch Version of my old Release from 2017 to fix several critical Bugs with FAF. To make it playable mostly with it.

The Walkers, Carriers and some other Units are part of the upcoming Submod FBP New Techs, which is still in Development and not released yet. However if you want to check it out you can get the current Development Version from the official public FBP Github Repository as an Early Access. Here is the Link to the FBP Github Repositories, where you can find FBP New Techs:

Important:
Make sure to follow the Install instructions on Github for each Mod. There is an important Step to install it currectly.

Next to of FBP New Techs you can check out several other Mods on Github, which are currently in Development too. Including the upcoming new Standalone Mod FBP Orbital, which adds a new full Orbital Techtree into the Game with new designed Spaceships, Orbitalstructures and some more for all Factions.

Thanks for the reply so I understand!

Is this still compatible with Total mayhem

Yes it should be compatible with Total Mayhem.