Add file Fall of the SS

This is a separate (mostly texture) mod collected and sorted by ivanhoe95, a piece from my "skin collection mods" None of the textures/models were made by me, I just collected them and merged them into mods. Now the mods are separated, for easier download and because there was some new made since the last collection upload. To install: Unrar it and put the iwd file (not the folder!) into the game's main folder. It is advised not to run more mods in the same time. Many changes were made; now there are some new weapons, and the old ones are mostly black, just like the germans. 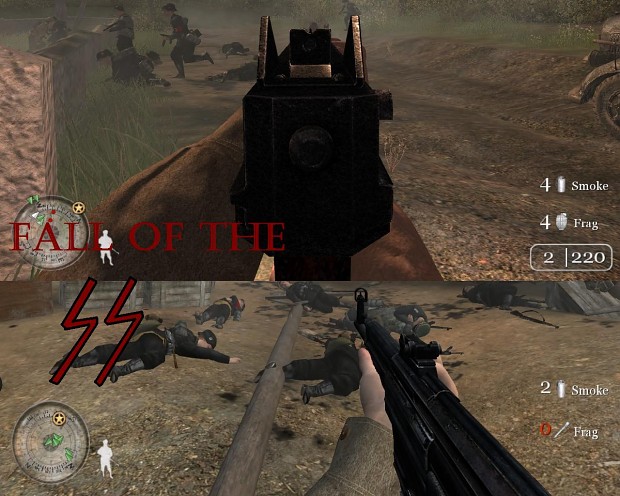