Game:Egyptian pyramid Release date:6 September 2016 Platform:Unity 5 Version: v2 developer: Andrey Radostev Management wsad - right, backward, left, right Shift - Run E - Interaction Q (press repeatedly) - Flashlight, torch, camera left mouse button - (In the camera, click on the ghost) Destroys ghost Memo:the Camera can see ghosts, tips, etc., use them more often Description:You are Patrick, a geologist who studies the earth's vibrations and earthquake. Far in Egypt there was a small earthquake near a mysterious pyramid. Patrick became interested in this phenomenon and went to Egypt to mysterious pyramid to gather data about this place, having arrived there, Patrick gets in a sandstorm and notices the village near the abandoned pyramid. You shelter from the storm in the pyramid and with a flashlight, a torch and two cameras begin their study of a terrible mysterious pyramid. Version 2 what's new? -Added main menu loading level -Added new decorations -Removed several skeletons, wh 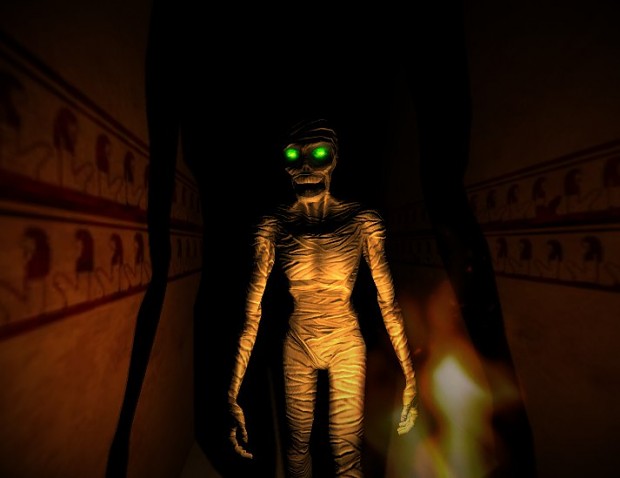