This is a fully save-game compatible change for all versions of my inventory mod, vanilla/mod-mergeable and OGSE 0.6.9.2, non-widescreen and widescreen. It's really only applicable if you play with the flashing blood overlay. Basically, I was playing my mod using the flashing blood overlay and noticed something when the actor became hungry - the eat icon (the fork and spoon) appeared in the top left corner. Technically it isn't meant to while using the flashing blood overlay. I then remembered that the only real way to get rid of the icon is to make it's alpha channel completely transparent in ui_hud.dds, as for some reason a width and height of 0 don't work (the radiation icon, for instance, is completely transparent because it wouldn't disappear). It didn't shunt the flashing blood overlay down the screen like in previous tests, as technically the eat icon's width and height were 0. After a little thought, I decided to move the PDA a little to the right. Fully tested. 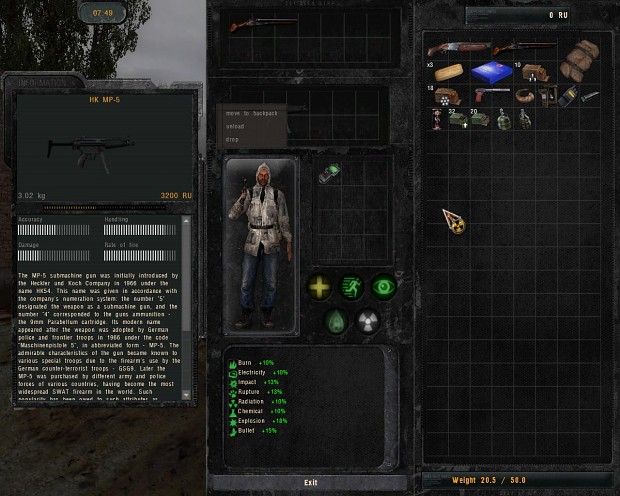