In KotOR 2, you would originally stumble upon the body of a Jedi named Nebelish while investigating the tomb of an ancient Sith Lord on Korriban. However, this "Nebelish" actually looked a lot like Dustil Onasi. Turns out, Obsidian originally planned to have Dustil in the tomb but they ended up cutting the content. Now when TSLRCM came along they never restored this because Jason Mardsen, Dustil's voice actor, never recorded any lines for the part. Now I thought it a shame that Dustil couldn't have been restored, so I set about restoring him. And, thanks to some voice overs done by Zhaboka from Lucas Forums, I have finished my task. So essentially, this mod restores Dustil to KotOR II. 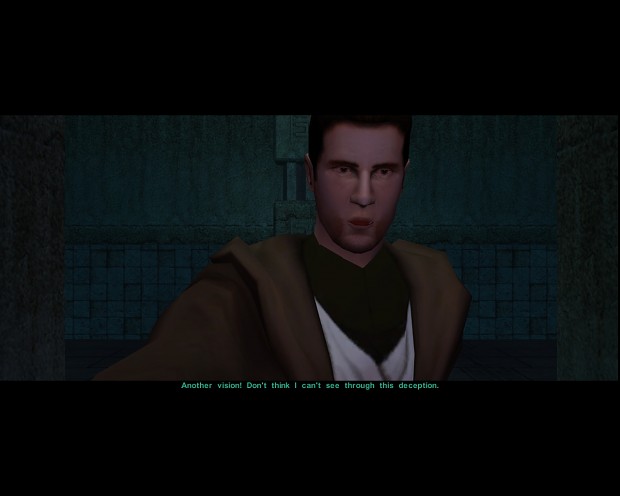 I installed TSL 18.2 and then M478EP-SITH MOD.
Next i installed this dustil-restoration mod and i got a warning.
Warning: A file named 711KOR.MOD already exists in the Modules folder. Skipping file...

Is this a big problem or nothing to worry about?

Nothing to worry about. To quote the ReadMe:

"IMPORTANT! If you encounter a warning while running the TSLPatcher saying that 711KOR.mod already exists, DO NOT worry. This just means a little insurance policy I had in place wasn't needed."

Essentially the installation of 711KOR.MOD is meant for non-TSLRCM users, and the TSL patcher rightly skips it when TSLRCM is installed.

It should be compatible with both.

How to install? I have The Restored content mod for this game. Will this damage the other mod? Btw i just landed on Koriban and saved. Will the Dustil guy be there. Didnt have the mod before just downloading now.

The installation instructions are in the ReadMe - it's all very detailed and will guide you through the process step by step. As for whether he'll show up, so long as you haven't entered the hidden tomb yet, you should be fine.

I have TSLRCM and M4-79EP installed and this worked fine in my play through. It is a great mod! Really fits in well and goes with the tone of the game. Great mini-story and content! Thanks for putting this together!

do you plan on updating this with the latest version of the restorartion mod?

It shouldn't need updating. Everything from the changelog in the newest version of TSLRCM indicates no changes were made that would affect Dustil.