Adds an event to burn a castle down*1 after a successful Siege of Fire with a 90+ martial dragon. Which will require years of work and hundreds of gold to rebuild. Adds a decision to turn a castle you control, i.e. have successfully sieged, into a ruin. Adds a TITLE diplomacy*2 that allows you to establish a colony in any county that you own that has a different culture/religion than you.*3 *1 It doesn't destory it, just adds a modifier that destroys ther levy and income. *2 Title diplomacy is brought on by right clicking on the county's coat of arms *3 AGOT's colonies will convert to your capital province's religion and culture not your characters. 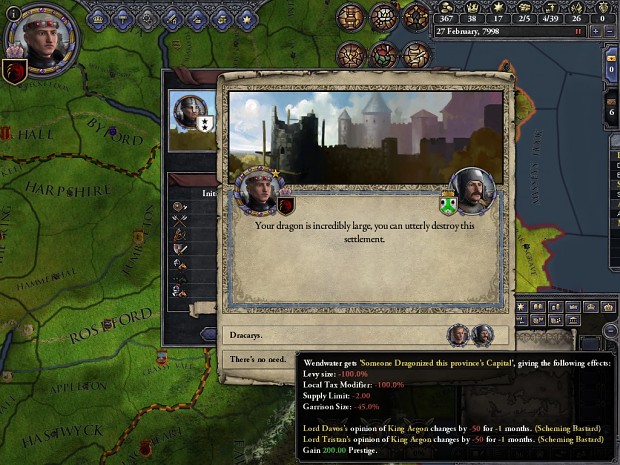