Cyrgoth's Revenge is an 8 Level Single-Player Hub which is a sequel to Cyrgoth's Manor. It is designed for GZDoom and Zandronum, and utilizes no new assets, meaning compatibility with any Hexen gameplay mod. While being Single-Player oriented, Cyrgoth's Revenge can also be played in Co-op and Deathmatch modes, however due to the large map sizes, the latter is discouraged. Like in it's predecessor, there are numerous unmarked secrets throughout the span of the Hub, as well as a secret level, which isn't as easy to find as the one in Cyrgoth's Manor.

In this WAD, the dark menace Cyrgoth has been reincarnated nearly 2 decades after he was defeated previously. You set out again to destroy him in his even more powerful realm of evil. 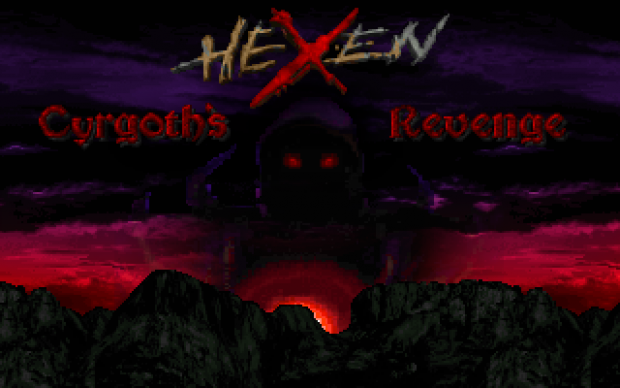