This update adds a bit of flavour for Austria (which helps the AI stay a semi-constitutional monarchy for longer), improves the Danubian Federation a bit, and also helps the AI of countries with state capitalism have a more diverse economy. All non-civilized nations now also start with closed borders, because historically there were very few immigrants from anything outside of europe and japan in the time period. The expulsion of manchus from Outer Manchuria has also been improved, as has some of the civil war decisions.

the ai will now always choose to babyboom in states rather than in colonies
small changes to ai event weight changes in the core creation events
spain is now less likely to try to puppet the americas again if they're not carlist
changed the uncivilized persian decisions a bit, mainly making them more ergonomic
starting factory changes to increase world's cement production slightly
the hanseatic socialist party no longer ends in 1875
changed how the japanese minors westernize after the shogun westernizes, to prevent the daimyos from having almost no techs due to a limit on the system.
raised the jewish percentage in galicia lodomeria further, since it was almost 10% jewish at the time, as opposed to 7.1%
odessa is a bit more jewish
some more rgo changes
fixed a baltic states decision
changes to try and make the ai spam regular clothes factories less now
the ruling party no longer determines which of your people can vote (full citizenship etc), now it depends purely on what reforms you have.
rework to the outer manchurian resettlement so that it assimilates better and also increased the siberian minor population % there
further improved the canadian railroad and trans-siberian event chain
turkestan has more accepted cultures now
asians and africans now have closed borders at game start to make their emigration more difficult when they westernize
fixes to stop france from deleting it's transports at game start
the US afro-americans and native-americans are now lower literacy at game start
added a flavour event for austria
the dutch should become a gp less often now
made italy start with a few more factories to help the italian AI when they unify have a more diverse economy
hopefully reduced the clipper underproduction at game start a little bit
the silesian and alsacean south-germans are now higher literacy at game start
forming austria-hungary should improve austria-germany relations a lot more now, and it also lets accepted cultures vote
the austrian historical and quite legendary napoleonic era field marshals that served up until the mid to late 1850's should no longer die in the early 1840's, and they also had their stats buffed.
literacy changes in austria. the poles now start with only 10% literacy as opposed to 15%, but slovaks and romanians now start with the same literacy as croatians and serbians. also, the austrian north italians and ashkenazi are now a bit more literate too. this is for historical reasons, but also for gameplay ones, since it helps transylvania get some romanian craftsmen provinces, while lowering the abnormally high literacy of galicia-lodomeria, which was historically quite illiterate even when compared to slovakia and croatia
the bonnie blue flag now gives the CSA cotton,
the civil war should fire as normal rather than alternate more often now.
which the AI (and the player) can use to enact the king cotton decision, giving GP's a chance to intervene in the ACW
the CSA can now form kelly's irish brigade before the civil war starts, so that they have a chance at raising more troops
sardinia now gets the service of garibaldi once they enact the garibaldi redshirt decision
austria now loses consciousness and makes their pops a bit more conservative and reactionary after the hungarian revolution ends, to stop them from reforming too much too early
austria now gets an event about neo-absolutism, making their government a bit more authoritarian if they decide to go for it (the ai goes for it quite often)
transylvania is now north german primary culture rather than hungarian
dissolving the danubian federation is a bit harder now. they need to lose hungary, the czechs and galicia-lodomeria, not just hungary. the ai now always picks the decision to refuse to dissolve if they become authoritarian, and said option no longer removes all accepted cultures anymore.
the danubian federation should get the other cultures as accepted a bit easier now. hungarians and czechs are quite a bit more likely to accept too. the ai will now always go forward with forming said federation even if the small cultures like croatian refuse to accept
changed france's army starting location a bit, now they don't start with as many soldiers in africa
added some minority craftsmen to several areas in austria so that those provinces are less likely to assimilate to south german via craftsmen bug. this only applies to some parts of the country, most of it is still empty
tech weight changes
fixed a localisation mistake
nerfed the absurd buffs the sikhs get, clearly made by a national trying to make his country way stronger than it actually was. it used to get things such as: +50% organization, +50% organization regain speed, +5 experience, a +4 +4 and a +3 +3 general, easily blowing the prussian general staff out of the water. also reduced their starting westernization progress to be the same as persia now. also nerfed their generals a bit.
increased tunis and lanfang's starting reforms
reduced the starting reforms of the indians which started with 20% civ progress down to 10%
small changes to decisions and events
minor changes to issue effects 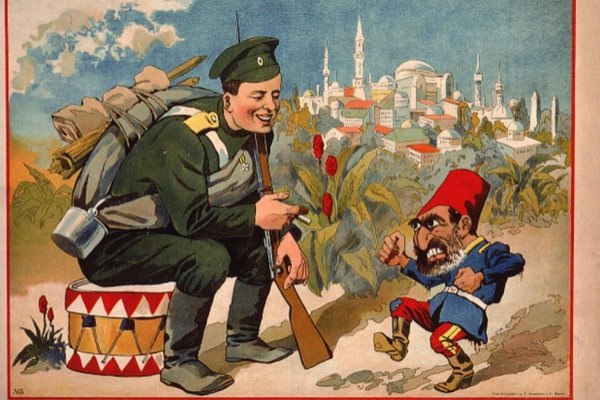