This is not a full version. Previous patch included. Savegame compatible. Sorry for the early patch. This patch fixes several things which were annoying me: ai building units too slowly, anglos sometimes taking port arthur instead of hong-kong, which lead to russia taking formosa, russia winning the crimean war too often for my taste, naval ai building suboptimal fleets, ai still building dragoons and cuirassers (and keeping the ones they start with), taiping winning too often, the US going poor too often due to the mexico war, austria losing hanover and saxony as spherelings too soon and too often.

you now have to spend a minimum of 34% of your budget on construction. this is to help the AI, which often spent 30% even when they had money. sorry humans. this small change means they will build units quite a lot faster now, since 34% budget means it takes 3 units of time, while 30% means it takes 4 units of time. this small change will cause problems, but it should hopefully help the game more than it hurts
there are no more dragoons or cuirassiers at game start, all of those units have been converted into hussars. this is because the AI kept their cuirassiers up until 1880, thinking they're cavalry instead of just fancy infantry
further changes to taiping rebellion, hopefully the taiping stop winning. they just got so many random buffs before
was a bit more forceful on AI cavalry choices, so that they build less dragoons and cuirassers (they still build them for some reason, although way less)
tech choice changes, hopefully ai prioritizes the very important 1870 military techs more, and also railroaded AI USA into being more likely to pick one tech (business banks) for the tax efficiency they so desperately need. also, low tech countries that start without the cavalry tech researched now are more likely to take it
buffed saint petersburg a bit again
nerfed serfdom once more a little bit
france now gets military access through tunisia and egypt when the crimean war begins. if said military access will actually persist is another question
changes to the opium war to make it so that the UK is even more likely to take hong-kong instead of port-arthur. this means that russia should take formosa less often, since they'll instead go for port arthur
ai naval composition changes (they should build more large ships and less small ships now)
hong-kong's land liberty labour now lasts longer, to make up for the buff the modifier received
small change to german relations, so that austria can hopefully keep their spherelings a bit longer. this means that the south german minors now dislike france very slightly, this should stop france from trying to sphere them, hopefully giving AI austria more of a fighting chance against prussia on the sphering game
very small buff to mountain supply limit to make up for their nerf (combat width isn't as small as it used to be). it is very small, basically letting you fit 1 more brigade without attrition at game start. they also went from -25% farming efficiency to -20% farming efficiency 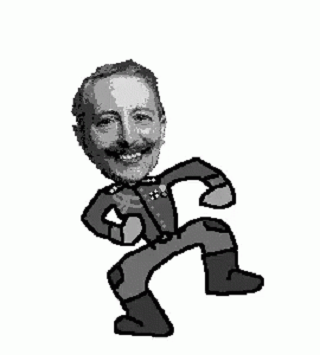 I believe this file is currently an Excel file, as well as the "adjacencies" file. I do not know why this file won't read, it crashes during loading as soon as it begins loading the map. I have tried resaving it as a text file and couldn't make it work.
I am a pre-novice (ultra-n00b) programmer but I can follow instructions pretty well. Would love to play the mod, sounds awesome, but really can't get it to run...
Help would be appreciated