The forest generation has been finished and it's now walled off as well. It is now possible to win an arena fight after which the player is teleported back to the cave, having unlocked the weapon put on the shrine. Alternative attacks have been removed to make room for a new, upcoming feature. ... And there's a new arm. 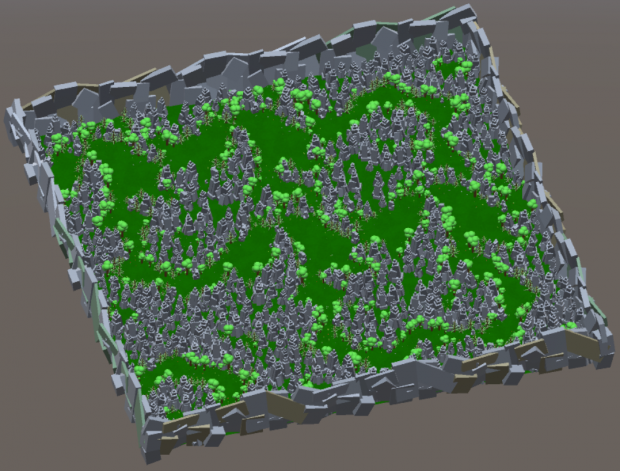