Other changes:
New clothes, armors and weapons;
Arena battles and tournaments reworked;
Few global map and faction balance changes, global map is slightly optimized;
New troops, especially reworked troop branches of Crimean Khanate and Kingdom of Poland;
New culture - Hungarian. Some lords have hungarian culture;
New icons;
New music and new sounds;
Rebalance of troops, weapons and armor;
New random quests;
New quest NPCs in Lviv and Vienna, also special NPC in Astrakhan;
Choice of nationality at the start;
The cost of access to military camps has been reduced;
Mercenaries now serve in the armies of lords and caravan parties;
Random events;
The number of working hours at the saltworks and sawmill has been reduced. Slaves can be sold at the salt quarry;
Hunting camps added;
You can dry fresh meat at the camp menu;
Trade routes reworked;
The cost of mercenaries is reduced;
Mayors and NPCs in taverns are reworked;
The amount of food in the inventory is doubled;
New troop tree for the peasant women;
You can ask for a shelter in villages;
Fishing in villages;
The player as a mercenary gets more wages;
You can bribe guards, also more options in dialogue with them;
New pretenders for Cossacks, Moldova, Germans and the Ottomans;
Troops can be recruited in towns and castles;
Banks;
A new resource - glass;
Iron and gold mines in villages;
Caravans give more loot;
Lance breaking;
Reiters do not go into hand-to-hand combat, but shoot the enemy from afar;
Most of the clothes and armor have a female version now;
Moving animations of the environment;
Fixed a bug with a book from Henric's quest;
Fixed other bugs from old version.

What is planned in 1.9.1: Factional quests for Moldova, Lithuania, Ottoman, Sweden and Livonia; Some special quests for particular lords; A new group of mercenaries - Circassians; Lairs for all bandits; New companions; Crafting in towns; Book manufactures; Improved diplomacy and more. 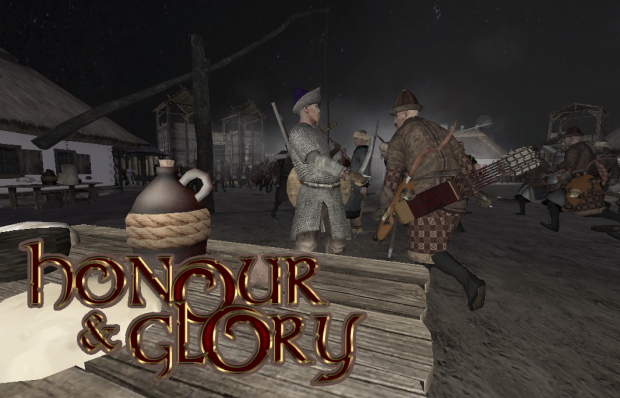 There is a texture glitch for the thick shirt: I.imgur.com

Thank you for noticing, I thought it was already fixed.

No problem. Also, some bandits have strange colors (I noticed hostile finnish rebels with pink livonian colors) instead of neutral/gray ones, I'm not sure if that's intentional or not. I.imgur.com. There's also a problem where the vegetation in some battle scenes sways in a very awkward and unrealistic manner, but I don't have a screenshot for that. Something strange also appears when you view the troop trees of "outlaws" and "others": I.imgur.com. Finally, there's this graphical glitch in the village scene of Hasenpoth: I.imgur.com

Finnish rebels have their own faction, so that's intentional.
About the troop trees - those are the custom troops. I'll try to fix this in the nearest patch.

Lastly, I must say that the lance breaking is not a fun feature. It breaks after only a few hits and makes it feel completely pointless to carry a polearm into battle, could you please add an option to disable it in the camp menu?

This is our number 1 issue,so it's gonna be fixed in the next patch (probably today).

That is good to hear. I modded the club polearms to swing from horseback instead of thrust, but they were still affected by lance breaking which made little sense. I can understand how a lance which does pierce damage may break in battle, but a polearm which does blunt or cut damage logically shouldn't.

Wow I fell in love with this Mod and I am SUPER DUPER HAPPY ITS UPDATED I love every single detail u have added in the Mod and I am looking forward for you're next updaate! 10/10 :))

there will be another bugfix soon.
thanks

Have you found the pillagers though? The chest is hidden in that particular area.

I did and searched the area thoroughly - i thought!
Will try again.
Thanks

Found the chest - now searching for Vologda.
My Russian map shows Vologda about 500 km NNE of Moscow.
Can't find it in game - not in gazateer