Supreme Chancellor Palpatine amassed a favorable reputation as a mild-mannered servant of the common good, and the public remained oblivious to his true, insidious persona. As Anakin Skywalker grew older, his relationship with Palpatine deepened; on many occasions, Palpatine lauded Skywalker as the most gifted Jedi he had ever encountered, one who would surpass even Yoda, the Grand Master of the Jedi Council. Skywalker, who grew increasingly frustrated with the strict lifestyle of the Jedi under his master Kenobi's guidance, appreciated Palpatine's praise and greatly took to his counsel. In truth, this was all part of Sidious' plan to gain Skywalker's trust and groom him into his eventual Sith apprentice.

KNOWN BUGS - lots of issues with cloth. Unfortunately the Sith Lord has broken me and I'm done working on cloth-laden characters, maybe forever 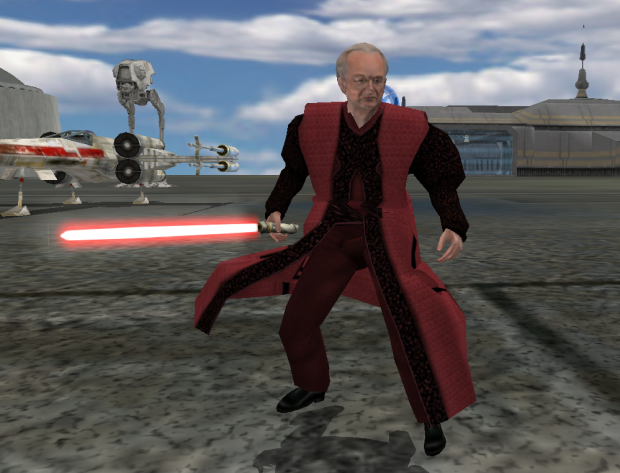 I am the senate

No IAM THE SENATE

Out of curiousity - where can we get that Lightsaber hilt? I've been looking for a model of Palpatine's Lightsaber, but couldn't find any.

Oh, thanks a lot!