Imperial Age 3.0 is here! new factions and other new content await come fight for a Imperial power or make your own destiny in gun powder era Calradia!

March once more to the sound of the drums and guns as we bring you the latest version of Calradia Imperial Age!

The changing face of Calradian politics and diplomacy drags several new nations into the dramatic and destuctive nature of Imperial era Calradia and rumours float around many a pub and Inn about several more strangers seeking out their own destiny have been sighted.

Rumours are also passed around barracks as many of the older armies have received updated uniforms and newer regiments have been called up to help fight the war and keep peace in the borders of the land.

- Added the Commonwealth of Alvion

- Added The Ability To Hire Troops From Companions

- Added Unique Troops that Can Be Hired From Companions

- Added the Grand Duchy of Dalandt

- Added the Grand Sovereignty of Ancia

- Replaced all hair styles and added a few new ones

- Nerfed All Carbines and Pistols

- Made Faction Banners Available for Players

- Updated Troop Upgrade Trees to Include a Regimental Staff Line

Once again, we thank all those who supported us whether
through the simple act of enjoying the mod to beta testing, providing
OSP content for us to use and even just spreading the news through word
of mouth. We also have some big plans for the next few updates in the
works, keep an eye on the thread in the future for more information.
We also have positions on the team opening for those who can do the following:
Coding, scripting and working with the Warband engine in general.

A dedicated scener for the module, we have the tools and gear we just need somebody willing to take it to the next level! 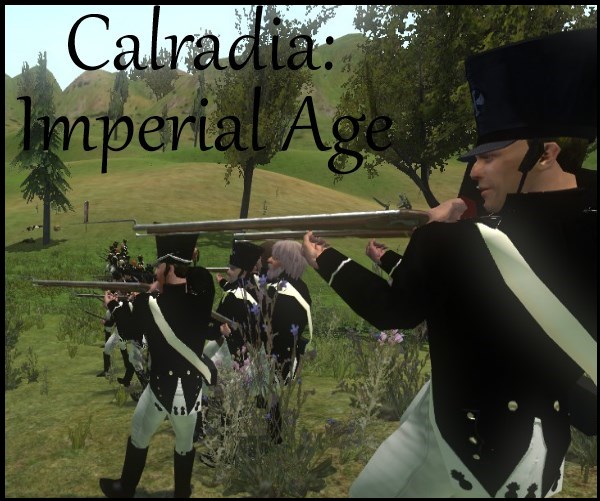 Did you guys fixed the Sarranid fire thrower? I think it was quite OP.

SOunds awesome! Still would love to see Freelancer though. But not complaining! :P

they should add freelancer. then you could use a musket and not think about how your a general and using a mere soldiers weapon.

tats what im talkin about.

me too, please help us!

try using a different mirror, it worked for me

OK thank you! Chose the one from gamefront, the others also gave the 404 :S

At least that one works :)

use a different mirror i used gamefront

I get an error whilst loading the game. D: with every module i have, none work. Please help only native works.
I just wanna play some Modules.
and i dont have the latest version.

try getting the latest version of warband and make sure that your installing the mods right, if not then it may be a pc fualt, but more likely to be just not the right version

Please Help When Im Start The Game I Have a Problem Weapons_Meshes error To open :( and i have this to every mod

I don't like the rifle sound but mod is very good.

Version 3 looks crazy wicked. Can't wait to try it out.

how do i install and use this

If you have the latest Warband, Install the main file and extract the contents to the module folder in your Warband directory.

I love how soldiers getting damage sound like the sith from Star Wars Jedi Knight series.
However, gun sounds are very annoying now. Miss my Rhodokian Defence Ministry Main Rifle's sound and it's echo.

I strongly suggest a new save game for each version of the module.

should i get the latest update for the game to make this mod works ?

If you mean the latest version of Warband, then yes.

Is this a new version, or just an update? What I mean is do I need to add this version to my 2.0 version or no?

its a new version.

hahaHA musicians. there aren't musicians. THERE ARE MUSICIANS? INSTA DOWNLOAD

im having saying its missing a bunch of txt. files like troops and stuff i dont know what to do

When I download the file, it says that I don't have a program that's able to open it, and gives me an option to choose from an existing program or find one on the web. Do I need to find another mirror?

im getting an RGL error when i lode

This is a great mod but every 10 minutes as I open a screen a window pops up that says cannot read texures/topper sometimes I can exit it and continue to play but most of the time it freezes and I have to restart my pc to un freeze it. Can u guys make a patch or fix it next version?

There's some major problems with this version.
First of all when you started the campaign there's constant messages popping up about the failure of reading something like 'Prussian boot' or 'shako'.

Also when you finish all the setup and begin the adventure from the standard 'bandit-attack-you' scenario, there's some weird fellows like 'slave trader' or 'tutorial student' as your allies, and when the bandit is downed, the merchant never show up to bring you to the next scene. Even if you get beaten up intentionally, you will just show up in a small confined house with your companions, but again the merchant is not there. You can't tab out either, making the rest of the game unplayable.

I downloaded the module but for some reason i can't play. I open the game and the module doesn't apear can somebody help me?

Sorry for some reason the module wasn't apearing bcs i have the abilyti to be stupid enough to don't scroll up to search for the module sorry tho for the useless coment.Sorry for English Errors.

Could you add freelancer to the next Version?