It's my birthday this week! Webcrawlers have dressed appropriately, and I expect you to as well. In addition to +5 health, players now receive 2 RAM and 0.1 RAM/s per level New building shapes have been sighted in cyberspace V-Axys has been working hard and the hacking music has been improved. Debug Option: Low Particle Mode added for those of you who can't handle the awesome S.H.A.R.K. hoverthrusters The game pauses now when menus are open, because it's silly to not be able to pause a single player game. When I add multiplayer, you will not be able to pause the game, but only during multiplayer sessions. UI Clarifications Shotgun Knockback has been brought back into line a bit Lasguns now benefit from Attack Speed (more damage per tick, same tick rate) Ranged Enemies are now smarter All known bugs have been fixed. 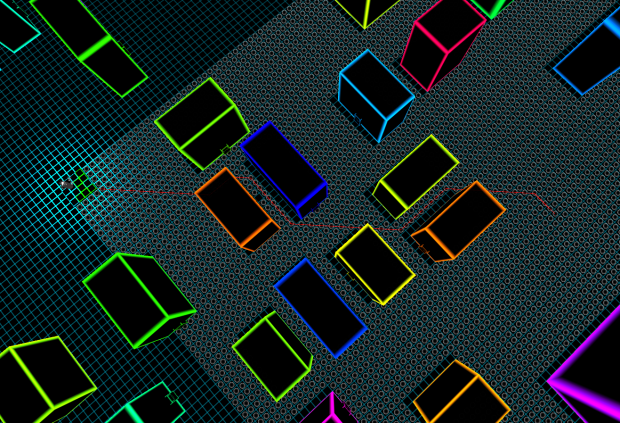