You, James Bernier - a dangerous offender, authorities caught and landed in jail. He was sentenced to death. He decided to try to escape, he was able to pull out a knife from a soldier and put it in the camera's field of view. But then came fate. The intercom turns on and says, "Come. You can not use a knife, the soldiers are armed." James obediently moves out of the camera view and goes for a soldier. He understands that this is the end .... - By [1B]GadenbIsh 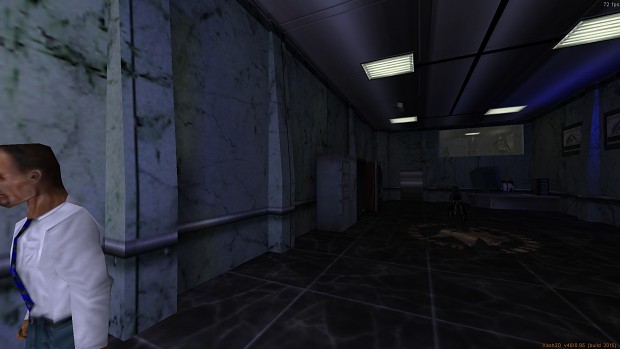 The bd.rar file I downloaded and un-rar'ed to my half-life directory does not have any keys mapped or Labels for the keys in the Options dialog.
I'm not even sure which file in the HL mods controls that.
Any Ideas ?
Thanks.

When I use the 'use Defaults' button, the keyboard tab is still not populated.

I also closed Half-Life, validated the game files, and brought Half-Life up again,
still nothing in the keyboard tab.
Now I'm taking the 'unbindall' out of config.cfg and restarting the game...