Inspired by the days of couch-bound, curse-word shouting, multiple controller multiplayer. Battle Bash is a 2-4 player couch co-op tank combat game. One player may use keyboard/mouse if you only have 1 controller. Loosely based on the Combat atari 2600 game, two tanks battle for supremacy. There is a major issue, you have but one missile to launch. You must hit the enemy, or go retrieve your shell in order to shoot again. Levels have hazards such as ice & teleporters to shake things up It is a battle of wills and wits. 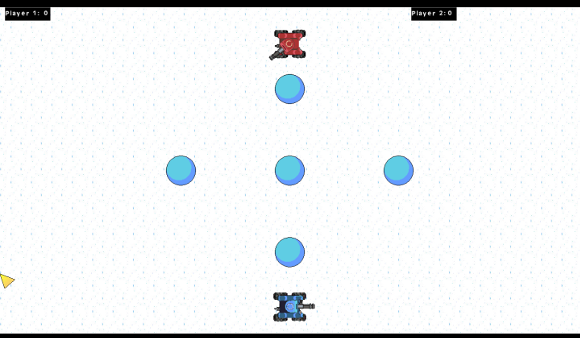