Attack of the Tentacle Creatures is an Unreal Tournament 2003 mod that burns away the conventions of other lamer mods and introduces hot new game play elements never seen before. A word of caution playing with AOTTC is like playing with fire, if you aren't careful you might get burnt, or singed, or possibly just smell like smoke. Currently the attack of the tentacle creatures gametype creates a senario where two teams compete to see who can save the most scientist from the tentacle creatures. In order to win, seek out the civilians, and lead them back to the safe zone, and release them. Which ever team leads the most civilians back to their safe zone first wins. Players should feel free to invade other teams safe zones and torch all the people they have saved. 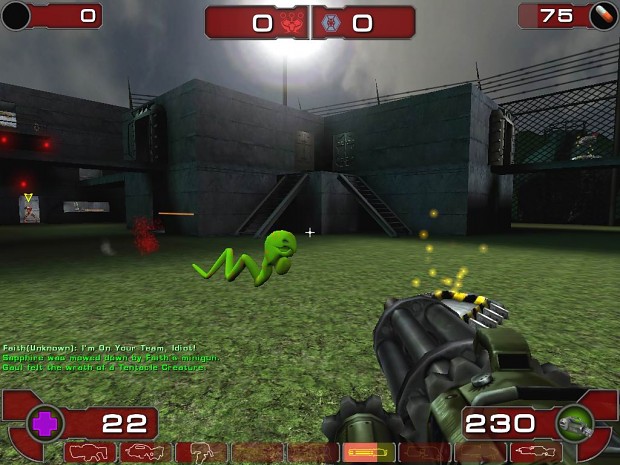